There is a gap in corporate America; current and prospective VPs of Sales are not aware of how to assess an organizations ability to change.  The interview for the Big Job is focused on “turning over your baseball card”. They sound like the following quotes:

Trust me, the above is important. However, the ability to do the above was a byproduct of one’s ability to drive change. Why? Because in 82% of new VP Sales placements, the role is vacated not for promotion but due to insufficient results.

VPs take note–If you don’t interview your executive peers around change management, you will fail. You may sneak an extra year but eventually you will be a statistic. It doesn’t matter how robust your talent management program is or how lucrative you make the comp plan for the sales force. Your great sales training ideas for the sales force will be just that; ideas that never get sustained execution (defined as utilized for 12 months with measurable before/after results). There is a difference between launching something and having sustained execution. 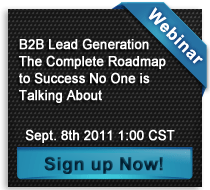 Solution- go to the heart of the matter. Cultural change.  No sales force operates independent of other functional groups. As the VP of Sales, your job is to drive long term profitable growth with your executive peers not in spite of your peers. You will never be bigger than the culture.

5 things to discuss with your potential peers including a tell of what it reveals. (VP of Product Dev, Business Unit GMs, Operations Leaders, Finance, Marketing)

Failure-Tell me about the biggest failure you have had in your current role? What happened, why do you think you failed and how did you go forward? What lesson can I take from your failure? (Tell: how does the culture view failure? Do they see failure as a good thing because the organization is trying new things or do they shy away? Is it a company where people hedge and play to not lose vs. playing to win)

Victory-What was the biggest victory in your first 12 months in your current role and why? (Tell: do they speak about a financial metric or do they reference something new and innovative, perhaps something nobody else had been able to accomplish prior to them)

Nimble-When was the last time you had to make a major shift on an initiative you launched and what was the result? (Tell: how often do they have to make change; are they used to it and do they have “muscle memory” for absorbing change? If they rarely have to change, and you will be asked to drive change, imagine what it will be like to get them on board.)

Creativity-When was the last time you or your team had to create something new for the customer? Walk me through the key steps. (Tell: how often do they create? Are they dreamers and innovators or do they execute the tried and true path? You are being asked to change the results and you will need to create to do this. The organization must be able to support you.

Disruption-How much disruption is your team willing to tolerate in the first two years to change our results? (Tell: how does the leader manage disruption? How has their team dealt with it in the past?)

Give these a try; the sales leaders I have spoken to actively in pursuit of top jobs have gained significant clarity from using the above five. Your goal: Understand if you are going to be set up for success. This proactive step will ensure you don’t take the right job in the wrong place. No amount of skill and sales force expertise will overcome a series of improvement efforts that cannot be absorbed in the culture of the company.

Redirect some sales training to change management; the ROI is worth it personally and professionally.

Leads the firm's focus on the CEO’s role in accelerating revenue growth by embracing emerging best practices to grow revenue faster than the industry and competitors.
BIO
ALL PEOPLE

Matt Sharrers is the CEO of SBI, a management consulting firm specialized in sales and marketing that is dedicated to helping you Make Your Number. Forbes recognizes SBI as one of The Best Management Consulting Firms in 2017.

Over the course of nearly a decade at SBI, Matt Sharrers was an instrumental early partner guiding SBI as the Senior Partner. Matt’s functional responsibilities included acting as the head of sales where he led SBI’s double-digit revenue growth, and was responsible for the hiring function to build SBI’s team of revenue generation experts.

Prior to joining SBI in 2009, Matt spent eleven years leading sales and marketing teams as a Vice President of Sales. Matt has “lived in the field.” As a result, he is the foremost expert in the art of separating fact from fiction as it relates to revenue growth best practices. CEOs and Private equity investors turn to Matt’s team at SBI when they need to unlock trapped growth inside of their companies.

Of all the challenges that sales leaders have faced this past year, effectively evolving field selle...

Not All Customer Touchpoints Are Equal

In a world of uncertainty, market leaders are sure which customer touchpoints require prioritization...

How Business Services CEOs Are Responding to Industry Disruption

While the Business Services industry saw comfortable growth preceding the pandemic, only a select fe...

With the global shift to working from home, UC&C companies have witnessed a record amount of dem...

How Will You Measure Your Sales Team’s Performance in 2021?

Sales leaders are all inundated with a significant amount of data. The ability to draw insights from...

How CROs Gain Support from a Private Equity Backed Board

Death by information overload—a theme and phrase we often hear in the age of information techn...