The Transformation of a Sales Leader: A True Story from a Sales Consulting Project

ABC Company is a $280 million software company that helps its customers keep track of their intellectual property.  Mike joined the company 8 years ago as its 15th rep and got promoted through the sales management ranks just about every two years. Today, he leads a team of 150 sellers and 22 sales managers.

Mike is 43 years old, has been married for 13 years, has an 8 year old son and a 6 year old daughter, and lives just outside D.C.  Life has been good to Mike.

A little over a year ago, Mike was given an aggressive revenue target for 2011. The number was much bigger than he was expecting.  He doubted he could achieve the target and for the first time, he was concerned he may lose his job if he missed.

You see, the stakes had gone up recently. The company invested heavily in a new product and the board’s expectations for growth were very high.  The CEO, Mike’s boss and an engineer by trade, convinced the board to over invest in development for the last two years.  The product was “done” and it was time to sell it. Giddy up Mikey, as they call him.

Mike decided his best bet was to argue for a reduced goal.  He gathered his sales ops director and spent hours poring over historical revenue production during previous product launch periods. He augmented this proprietary data with reports from Gartner and Forrester about the available market for this product.  With a beautiful power point deck loaded, Mike walked into the CEO’s office and pleaded for relief. None came.  The CEO’s comments “You need to start doing things differently Mike.”  What happened to Mikey? The CEO was all business these days.

After LinkedIn reminded Mike there are many out-of-work sales leaders, he decided he needed to find a way to hit the number. Mike began looking for help.  This made matters worse. With every Google search, a new list of sales consulting firms, sales training companies, and software providers appeared, all claiming to have the silver bullet.  Mike started realizing that he knew a lot about his industry, company, and product, but he had not kept pace with the latest from the sales improvement industry. “What is all this stuff?” Maybe the CEO was right. There is a different way to lead a sales force these days.

He spoke with a half dozen firms and decided to proceed with caution. There are lots of smooth talking gurus out there. Mike hired a boutique sales consulting firm to perform a small assessment.  He has second thoughts but realizes he needs to do something different and this may tell him what.  This allows Mike to experience this new world cautiously.

Mike was now terrified.  He confronts for the first time in 8 years that he might not be very good at his job.  He comes face to face with his lack of sales effectiveness knowledge. Mike’s success has been the result of combining hard work with a great product in a growing market.  Not the result of his expertise.  “What is going to happen when the CEO and board sees the consultants findings?  They paid for the project and are awaiting the deliverable.“

Joe is the sales consultant assigned to the project from the sales consulting firm.  Prior to joining the firm, he was a vice president of sales twice, both times in the software industry for companies of comparable sizes as ABC Company.  Joe spent lots of time in front of CEOs and boards.  In fact, he was a client of the firm’s before joining after the buyout. You might say he was a lot like Mike.

Joe recommends to Mike a small change to the call plans the reps were using with prospects. Joe made a dozen sales calls with Mike’s reps and noticed the call plans were not being used. The change was basic and involved focusing the first 20 minutes of a sales call on the buyer’s needs versus qualifying if the prospect has budget.  Joe wanted Mike to move from focusing on the problems to focusing on the solutions. He felt that small victories would create a buzz in the field that the sales effectiveness program was going to be good for all. Mike agreed and issued the change immediately.

Within a week, Chatter posts on SFDC doubled in number and were almost universally positive.  Mike decided to point a few at the CEO and get his reaction.  To his surprise, the CEO started replying to the posts. Mike had created an environment where reps, the head of sales, and the CEO were sharing success stories from sales calls in real time from smart phones. Mike started having fun again.

After the sales consultants presented the assessment findings to the CEO and board, Mike decided to implement several of the recommendations. There were many, with an anticipated implementation plan of one year.  He felt confident after the first small project. The field was familiar with the sales consulting firm.  The executive team agreed with the need for the work and committed the funding. The customers and prospects viewed the work as a direct response to their input and customer satisfaction was rising.  There was a new energy in the sales department and Mike wanted to keep it going.

This brings us to today. Our courageous sales leader made the number, by the skin of his teeth.  Good for him.  Mike just got his 2011 bonus check last week.  As we finished off a bottle of Silver Oak, Mike’s wife showed me the Brazilian rose gold heart necklace he bought her for Valentine’s Day.  It looked beautiful on her. The thoughtful gesture reminded Elle why he works so hard.

As I walked to the car, Mike started sharing with me his plans for 2012. I suggested he let the dust settle a little bit, that maybe another change initiative on top of the one just completed was too much.  He called BS on me and said “Making the number was great. The bonus check was nice and Elle loved the necklace.  But, the best part was acquiring all these new capabilities. I feel like a real sales leader now. My meetings with my boss are entirely different. He really trusts me.  I own the field. There is almost no push back on anything anymore.  Just imagine what we might be able to do next. Let’s get the teams together and road map 2012.”

They don’t all go this way.  But when they do, they sure are fun.

Thanks Mike.  Here’s to all the Mikes in the world who are brave enough to change.

About The Author (Greg Alexander) 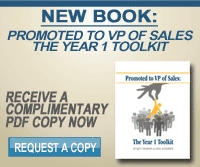 Of all the challenges that sales leaders have faced this past year, effectively evolving field selle...

How to Lead a Digital-Oriented Sales Strategy

At this point in 2020, all your competitors have undergone some variation of a “digital transf...

As a sales leader, it is necessary to understand the performance levers which impact your bottom lin...

How to Help Your Field Sellers Thrive in a Virtual World

While the world innovated rapidly and continually adopts many advanced technologies, the sales envir...

Over the last 6 months, there have only been an elite few known as “Accelerators” &mdash...

Nearly 1 year ago, the economy had come to an abrupt halt as many organizations waited to be ushered...